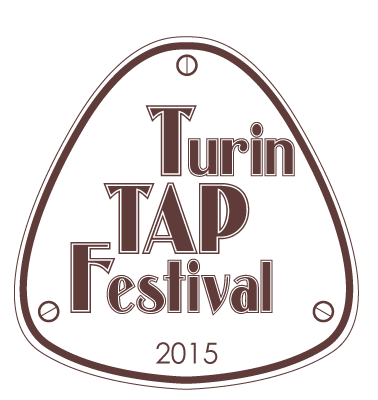 Turin Tap Festival is a project created by Centro Accademico Carma Torino, with the aim of promoting the diffusion of tap dance style in Torino.

Created by Mirko Volonnino (art director of the Academy), in collaboration with the teacher Davide Accossato, TTF is going to see the fourth edition in 2018.

The event was born as the first international tap dance festival in Torino, a special kermesse enriched by the presence of international artists and teachers.

The first edition of Turin Tap Festival was in 2015 from 30th of April to the 3rd of May: special guests teachers Andrew Black from New York City, Guillem Alonso and Ruben Sanchez from Barcelona and, of course, Davide Accossato from Torino. Four days of no-stop lessons for every level (from beginner to advanced class) with every teacher, one Jam Session night with live music and a special Gala at the theatre with teacher exhibitions and choreographies of guest schools.

The goal of the event was to create something new in Torino, an appointment for tap dance lovers with international teachers, like in a big “Tap Family”.

After the first appointment, the second edition of TTF was in 2015 again, from the 5th to the 7th of December in a sort of “Christmas Edition”. Special guests the same group of teachers of the Spring, plus a new entry, Jep Melendez (from Barcelona), with his Body Percussion lessons.

In 2016, from 8th to 11th December, there was the third edition, enriched by the presence of new teachers and lessons. Infact, in addition to the usual guests, the festival hosted Estefania Porqueras Ocana (from Barcelona), Tap Slide teacher, Daniel Borak (from Zurich) e Cesare Vangeli and Marco Rea from Rome.

In addition to the Gala and the Jam Session, the 2016 edition offered a percussion show with dinner.

TTF is a project that wants to bring to Torino the love for the tap dance, turning the city into an important landmark for tap lovers.

The “Shirley Temple” dance, in the last decades, has earned a significant place all over the world.

Among the many tap dance festival around the world, the TTF wants to become an unmissable appointment in Italy.

The fourth edition of TTF will be from April 28 to 30 2018. Teachers: Guillem Alonso, Roser Font, Ruben Sanchez (from Barcelona), Andrew Black and Michela Marino (from New York), Cesare Vangeli (from Rome), Vittorio Schiavone (from Milan), Davide Accossato (from Turin) and Romina Uguzzoni (from Genoa).